Everything You Need To Know About How to Fix Hard Water

HARD WATER IN THE HOME


If you’ve ever experienced water spots on dishes, shower doors or faucets then you likely have what’s known as hard water.

Hard water is water that has high mineral content and it is formed when water percolates through natural deposits of lime stone, chalk or gypsum which are largely made up of calcium and magnesium carbonates. 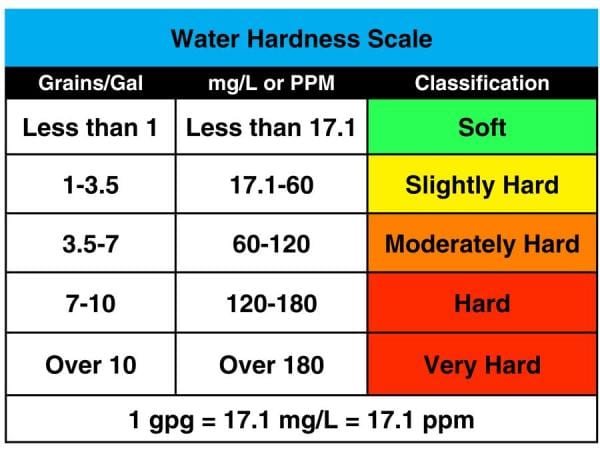 Water is considered “hard water” when it reaches about 7 grains per gallon and gets increasingly harder and more destructive to the home the higher the grains.

For instance, water that has between 7-10 grains per gallon would be considered hard water and if left untreated, you might start to notice things like crust rings on faucets, build up in pipes and spotting on dishes and shower doors and likely some drying of your skin and hair.

When the grains per gallon measure 10.5 or more, now you would have what’s considered very hard water. Again, when left untreated, you might notice signs like crusty white scale buildup on faucets and shower heads, reduced water flow due to clogged pipes, dishwashers that may no longer clean dishes, soap that refuses to lather, increase in energy bills, hard to clean film and scale in surfaces or towels that feel hard and scratchy even after you wash them.

HARD WATER AND YOUR HEALTH

Interestingly though, hard water is actually beneficial for our health but unfortunately as we’ve learned when left untreated can really be destructive to your home’s infrastructure and expensive appliances and fixtures.

Water softeners have been the go-to for hard water removal and are still one of the most popular choices when it comes to treating hard water. That said, they are not the only treatment method with merit. Non-salt conditioning systems are an alternative to the traditional salt systems and for some areas with moderately hard water you can get many of the benefits of salt systems without the negative environmental and health concerns or maintenance associated with softeners. One of the best non salt conditioning methods is Template Assisted Crystallization which you can learn about here.

If you think you may have hard water and aren’t sure what to do about it, talk to one of our water specialist to learn more about how you can solve your hard water woes!