Is your Daily Shower Hindering your Health? 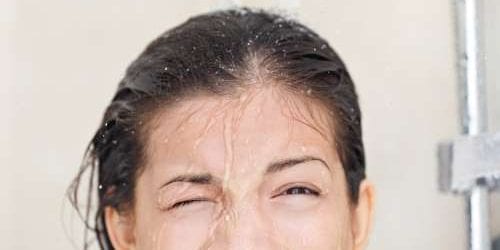 There is typically as much chlorine in tap water as an average swimming pool. The city uses this chemical to disinfect municipal water. And, while it works well to keep our water safe from microbiological contaminants, chlorine is most certainly not good for health and is extremely irritating to the skin and lungs.

During bathing and showering we are especially susceptible to the potentially harmful effects of the chemical. Warm water opens the skin’s pores allowing for a higher rate of absorption of the chemical along with other possible harmful contaminants that lurk in city water. Although absorption isn’t the only concern when bathing or showering in tap water.

THE DANGERS OF INHALING STEAM IN THE SHOWER

Taking deep relaxing breaths in a long, hot shower may not be the best idea. Chlorine has a very low boiling point and vaporizes quickly in hot water. This causes the steam in the shower to become concentrated with as much as 20 times the level of chlorine that’s coming out of the tap and is being inhaled directly into the lungs.

Most concerning is that unlike drinking chlorinated water, both inhalation and absorption allow the chemicals to go directly to the bloodstream bypassing the body’s natural filtration systems (the kidney and liver).

ADVERSE EFFECTS OF SHOWERING IN CHLORINE

Chlorine chemical exposure can be irritating as well as potentially damaging to health. The effects can range from mild to severe based on many factors including how much chlorine is in the water and the duration of exposure over time. Below are some of the most recognized potential negative effects from chlorine exposure.

HOW TO GET RID OF CHLORINE IN THE SHOWER


You could avoid showers all together but let’s face it, that’s not very realistic. There’s a far better (and less stinky) solution. The simplest and most cost effective solution is a carbon based whole house filtration system. These systems are designed to effectively reduce or remove all of the chlorine, chlorine by-products along with other potentially harmful contaminants that may be in your water leaving  you and your family with safer, cleaner water throughout the entire home including baths and showers.

Remember if you don’t have a filter YOU are the filter!